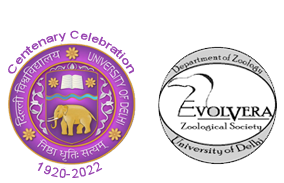 Development and differentiation, the hallmarks of living systems, lead organisms to adapt their behavior and physiology such that there is no mismatch between their internal environment and the external environment they inhabit.

This is, for example, seen in clear differences in the behavior and physiology between day and night. Diurnal species sleep at night and are active during the day; nocturnals are the reverse - they sleep during the day and are active at night. Various processes related to growth and repair are also linked to the day-night cycle. Hence, the regulation is important at two levels; one is the time-keeping of process, and the other is process itself.While biological clocks orchestrate the former, the latter involves an elaborate network of complex interacting neuroendocrine processes.

It is increasingly realized that all the regulatory processes are mutually inclusive, and involve close interaction within, and with the environment to maintain the homeostasis. In recent times, there has been an upsurge in scientific investigations in these areas. The Department of Zoology at University of Delhihas been engaged in research focusing on such regulatory mechanismsusing diverse group of organisms from microbes to mammals including human.

The present International colloquium on "Regulatory Mechanisms underlying Behaviour, Physiology and Development" will enable us to discuss and exchange ideas to further the understanding of complex regulatory process, and to develop interdisciplinary research collaborations. The colloquium is being organized under the joint umbrella of Indian Society of Chronobiology and Indian Society of Comparative Endocrinology, and under the aegis of Centre of Advance Study in Zoology, University of Delhi. In this 3-day scientific meet, about 20 plenary speakers and hundreds of poster presenters will cover various aspects of the regulatory biology in different species, from insects to mammals including humans.